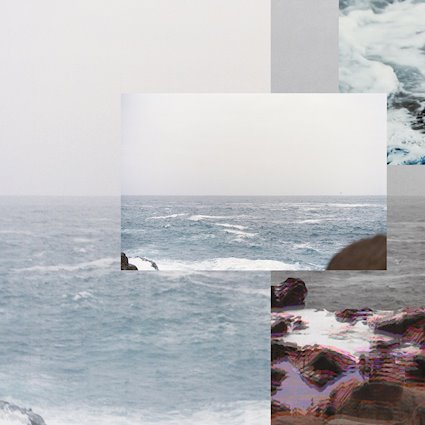 Your EDM had had an eye on dreamy dream pop artist Nick De La Hoyde for a few years now. His pitch-perfect vocals and jazzy, chilled out approach to pop have made him one to watch since his early releases like his breakout 2018 single, “Hold Me Close.”

It was pretty obvious that De La Hoyde would be heading towards EDM at some point; his 2020 house-based single “Touch” has has earned him 1.8 million streams on Spotify and most recent D&B/pop fusion track “Stay By Me” and the trappy “Anxiety” are set to catch up with it with nearly half a million streams between them since they dropped earlier this year. No one was sure just how EDM De La Hoyde would go, however, until he teamed up with his brothers Timm and Joseph to create a new project that is very firmly in the electronic/lofi/dream pop wheelhouse. Now the crossover vibes can truly…well, vibe with D.E.L and their latest track, “Bloom.”

Given the production values and sounds on Nick’s previous solo releases, it stands to reason that he, Joseph and Timm have been working together for a while and in fact, D.E.L’s Spotify releases track back to 2019. Nick’s solo “Stay By Me” single released the same month as “Bloom” and lists D.E.L as the producer, in fact, so it’s not as if the trio of brothers and musicians are trying to keep it n the Q-T. Given the stunning production and vibes in D.E.L’s singles, however, it’s high time De La Hoyde fans started paying attention to them, especially those who like their bass music.

Indeed, D.E.L’s Spotify plays have been creeping up as well over the last year or so, with their first single “Running Away” clocking almost 200,000 plays. They’re also tracking some decent radio play and being noticed on Apple Music so it’s likely only a matter of time. The biggest difference between D.E.L and De La Hoyde’s solo stuff is that here there’s an even bigger focus on the EDM and bass music production. Tracks like “Tell” and “Evergreen” have big halftime/trap vibes while “It’s Already June” and “Take Care” conjure future bass feelings. Still others like “Heaven” and “Indecision” really show the brothers flexing their production muscles with their heavily syncopated D&B/crossover beats. All grounded by Nick’s smooth, perfect-for-lofi vocals, every track D.E.L have dropped so far has more than proved the project’s minerals.

“Bloom” is the most recent track by the trio and likely the most EDM/crossover from D.E.L thus far, in that it’s not quite as pop-heavy as some of the others. Nick’s extraordinary vox and lyrics are still there, but there’s also a decent amount of space for the beat and sound design to breathe, partially because the lyrics aren’t quite as complex as others. Still deep and thought-provoking in the D.E.L indie pop style, EDM fans can really picture “Bloom” being mixed in with a liquid D&B set or at sunrise at a festie. With this track, the pop/EDM crossover is truly complete.

Watching the trajectory of what both Nick De La Hoyde as a solo artist and D.E.L have done so far, it’s anyone’s guess where he, Timm and Joseph will go next. It seems that D.E.L will continue to go more experimental, lofi and EDM while Nick will stay with a solid foot in pop, but with the recent releases on both sides having similar production and vibes, some bleed-through is inevitable and not necessarily a bad thing. Pop fans can have their dreamy De La Hoyde while also being exposed to some sick beats while EDM fans can picture “Bloom” and others being played on a beach somewhere by their favorite liquid DJ. With talent like this on both sides of the musical aisle, everyone wins.

“Bloom” is out now and can be streamed on Spotify. Check out D.E.L’s YouTube channel for more videos.