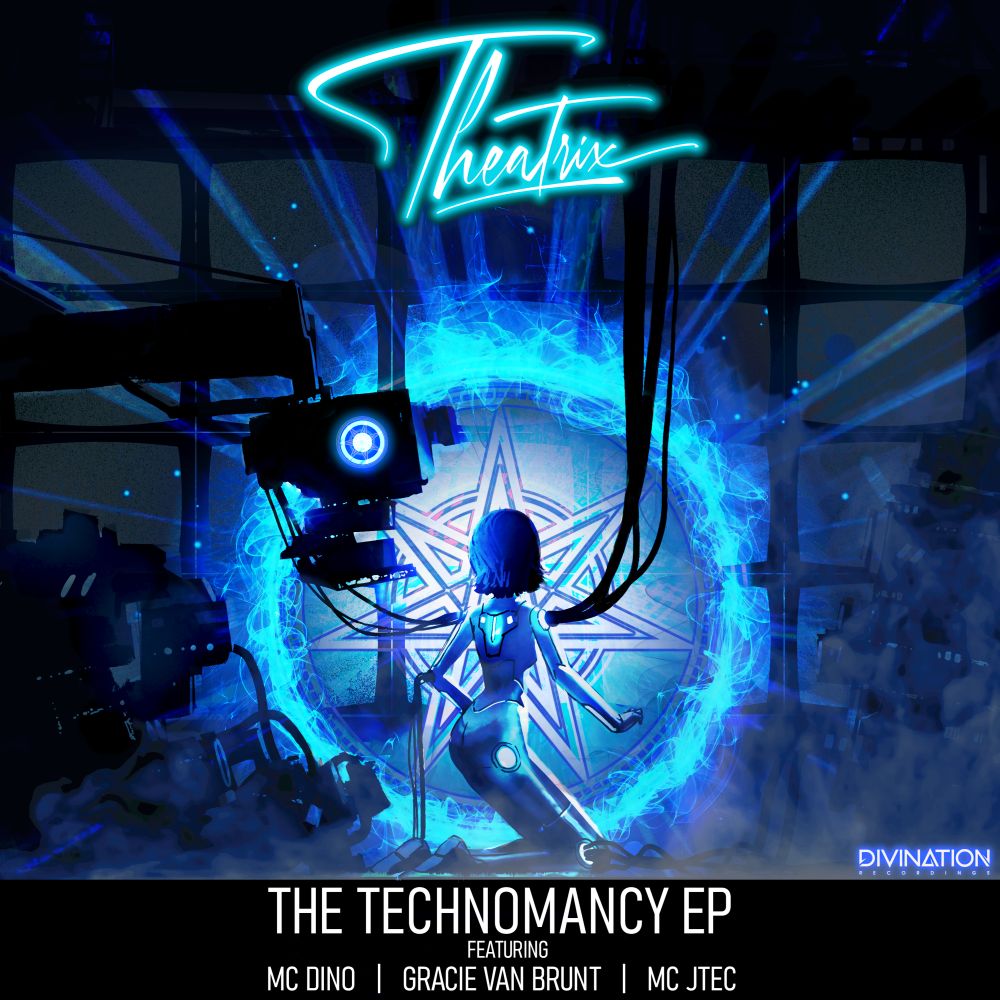 It’s not as if the LA-based Theatrix hasn’t been busy since his last EP on his own Divination Recordings imprint. Since the Golden Dawn EP in late 2019, the spiritually-based label ha kept a consistent single release schedule throughout 2020 with tracks by Toss-T, Spekski, Rubix (BE), Krispe and his own “Antagonist” single. He’s also released a track for Yana‘s 2020 compilation album, been involved in the Headsbass projects, a series of releases by the mental health advocate label Beats In Mind, as well as Stand Together, a collective focusing on equality and diversity in D&B. Apparently all that wasn’t enough, however, because Theatrix is now about to release his sophomore EP, The Technomancy.

One of the fun things about Theatrix and a testament to his theatre-based background, is that he knows how to branch out style-wise. While unified by a theme around the new world order and how spirituality fits into it, every track on The Technomancy nonetheless has a completely different vibe from the others. The title track is heavy and cinematic with neuro flourishes and lush sound design that’s both ancient and dystopian. “You & I” featuring Gracie van Brunt  is melodic and emotional with a video game-inspired running synth line. “Cybergoth” featuring MC Dino is a surprising industrial trip that gets even more surprising as it switches to drum & bass in the last minute or so and album closer “Daemonology” is another surprising format: an industrial/darkwave hybrid that sounds like the load music to a cyber demon computer program.

Our premiere track, “Dataslave” featuring MC Jtec is probably the most classically D&B track on the EP, almost sounding intelligent in some palaces with its mid synth placement. Eerie and evocative, the light-as-air snares and almost ambient sound design balance out the heaviness of the afore-mentioned synths. It seems as if the listener is in a network of information, data zooming by in organized chaos as some unseen grounding force tries to make sense of it all. Is that The Technomancy? Let’s freaking hope so, for all our sakes.

Theatrix definitely did some experimenting on The Technomancy both with sound and composition and it really seems to have paid off. The unifying factor in his diverse style has always been that subtle sound design that makes the listener think beyond the standard bassface, but with this EP there’s even more under the surface, or it’s at least more obvious.