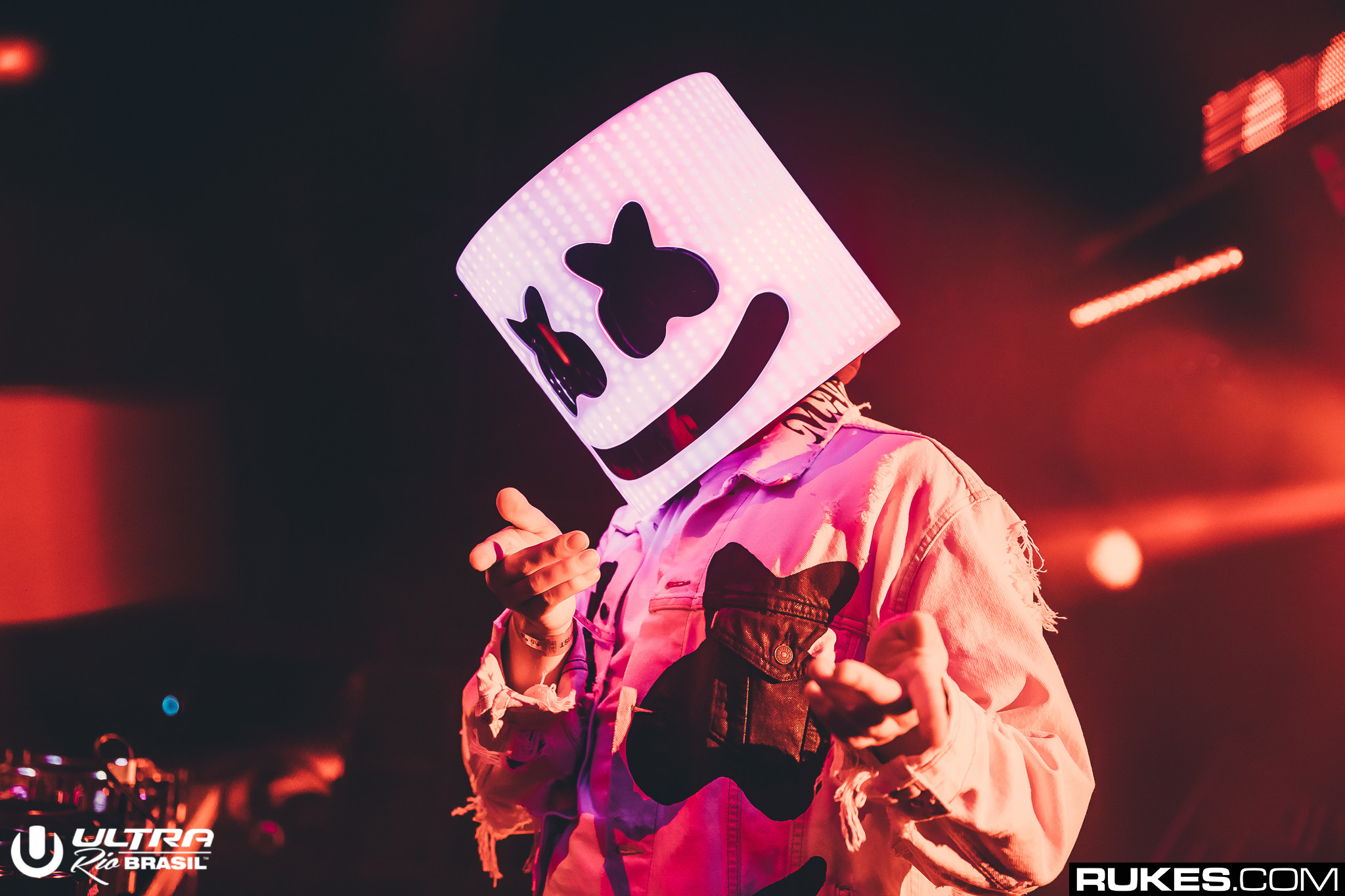 Up until now, every new Marshmello album has been titled Joytime, with each successive iteration receiving a Roman numeral in order of release. For the first time, today, he’s released an album without the Joytime moniker, his fourth studio album, Shockwave.

The 12-track Shockwave explores genres such as trap, dance, bass house, dubstep, tech, and everything in between by calling upon collaborators like TroyBoi, DJ Sliink, Nitti Gritti & Megan Thee Stallion, Carnage, Eptic & Juicy J, Subtronics, SIPPY, and PEEKABOO. Sonically, it’s far more diverse and experimental, for Marshmello, than his previous albums. A lot of this apparently has to do with spending more time in the studio with Southside.

“I’ve been blessed enough to be taken under the wing of the legendary hip hop producer Southside,” says Marshmello. “[…] With this new album, I wanted the influence of a lot of hip hop drums, and I think listening through, you can hear that.”

Over just the past few weeks, Marshmello has been pumping out new singles from the album, dropping six of them all before the album was released, the latest being the massive dubstep collaboration with Subtronics, “House Party.” Among the remaining singles, we get even more collaborations, all with different flavors and influences.

On first listen, it could certainly appear that the album suffers from a lack of cohesive sound. As it goes from one genre to another to another and back again, with no real thread tying them together, that can often happen. But I also think that we’ve become too conditioned to expect full, concept albums from artists lately. Shockwave is more like an extended EP, showing off a bunch of fun, different sounds and presenting them in a concise package. And in that sense, Marshmello succeeds.