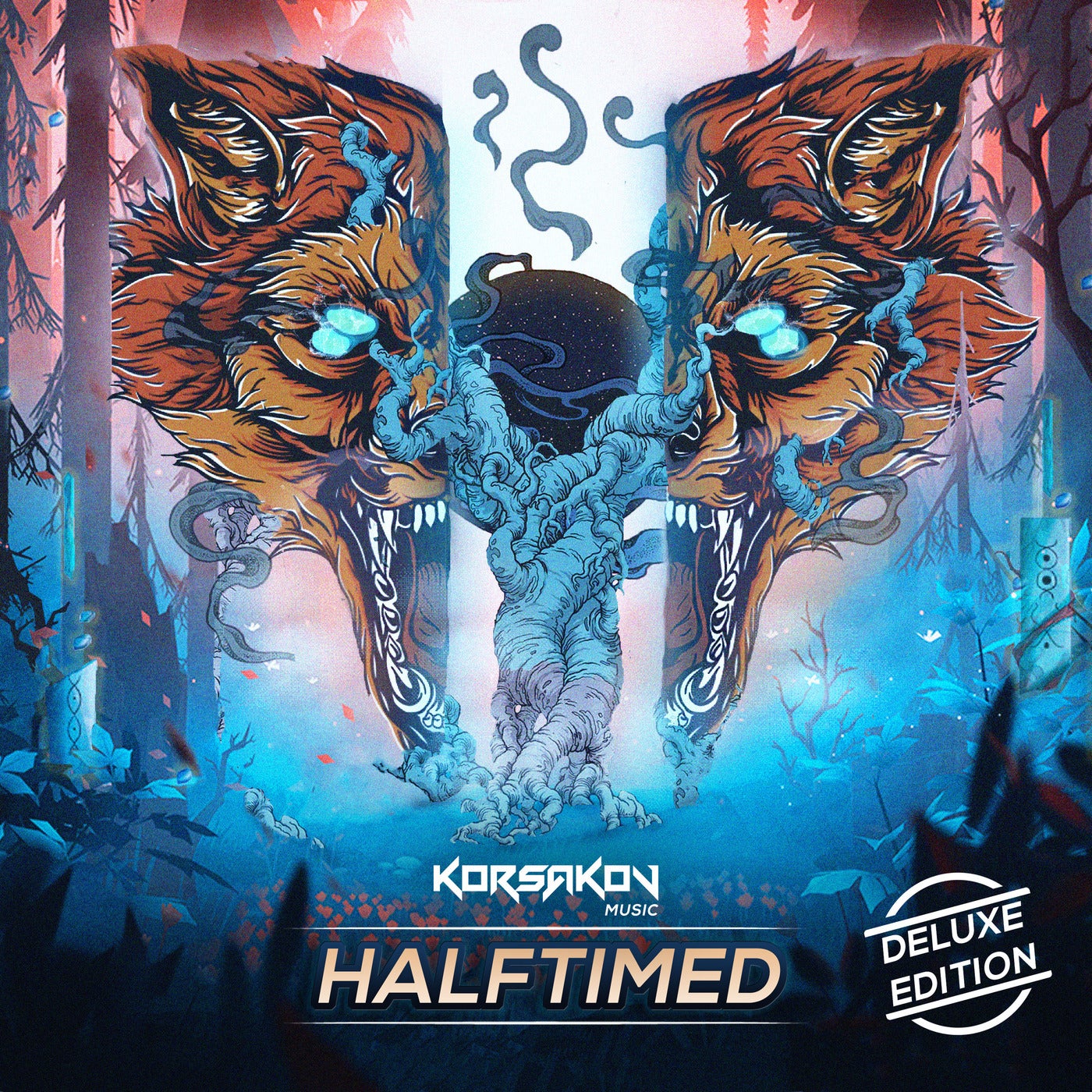 It’s one of those things you don’t notice until it’s gone, or at least we at YEDM didn’t. Recently relegated to obscure soundsystem releases, re-absorbed into dubstep or punctuated by whatever the likes of Ivy Lab, Alix Perez and Tsuruda are doing, there has, in fact, been a steady if underhyped stream of halftime bangers making their way around the waves. Luckily ‘underhyped’ is never ok for the madmen at Korsakov Music, so they decided to put together a new compilation of nothing but ultra-hyped halftime bangers. Get ready for Halftimed

Out today and teased as part one in a series, the Halftimed compilation album is largely what is sounds like: artists known for their D&B prowess like Jade, MNDSCP, Smooth and Sovryn have taken their favorite Korsakov Music tracks and made halftime VIPs. It’s been an interesting process, apparently; a lot of fans think that halftime and D&B are the same. 174 divided in half is 87, after all. But these tracks are clearly not just slower versions of their originals. Jade & MNDSCP’s halftimed VIP of “Dangerous,” for example, takes on a funky, almost hip hop feel to it, while Smooth has turned his “Capacitor” original completely on its head on his halftime version, and the beat even flirts with riddim.

Every the label for throwing curveballs, Kosrakov Music has also added two original original tracks on Halftimed for its first run of the experimental compilation we all didn’t know we needed. Label darling Droptek’s track “Crikey” is ravey, melodic in places and conjures the spirit of festival halftime, big time. Also on the original tip and our premiere today, Madster, whose other original track on Korsakov “Blunderbuss” was already halftime, also opted to create a new original in “Amygdala.”

Named after the fear center of the brain, “Amygdala” is not meant to give said fear center a calming response. A heavy, classic halftime chugger with a grinding bass and punctuated by as many creepy horror samples as one can jam into a staff, “Amygdala” is a reminder of why halftime got so big in the first place: bold, creepy and excellent rave fodder whether mixed with other genres or part of a filthy, all-halftime set, Madster is not about to let us forget this little gem of a subgenre, and neither are Korsakov.

As raves and festies return, it’s likely that halftime will soon reclaim its headlining spot as a welcome respite from faster fare. In the meantime, Korsakov Music is setting fans up for what’s to come with Halftimed basically being an epic set on its own. Whether cut in half from drum & bass or built from scratch, we’re definitely glad that halftime’s back.

Halftimed is out now on Korsakov music, with a special edition available on Beatport that invludes all the original D&B tunes and the VIPs. Click here to stream or buy.