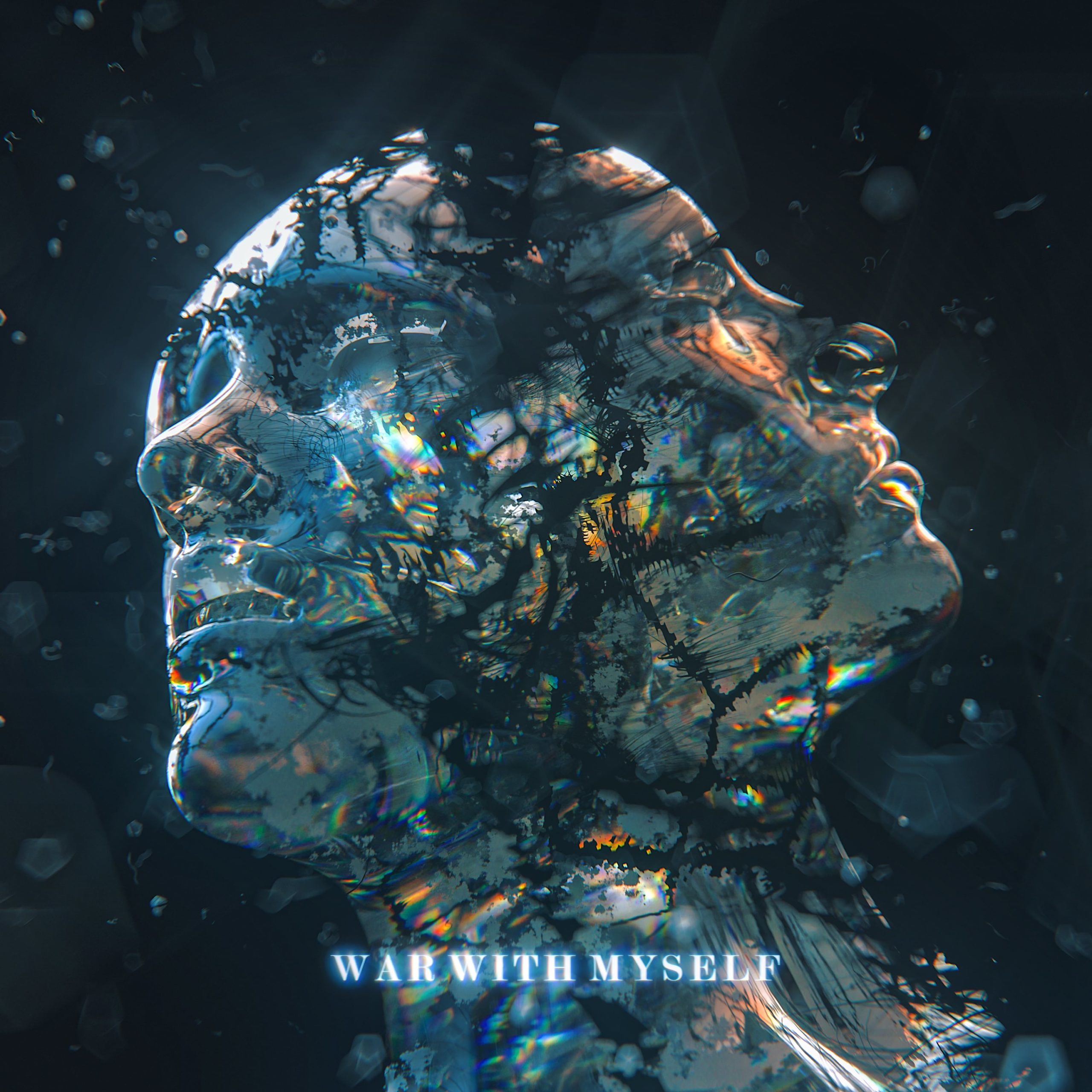 Shöckface fully delivers on his debut EP ‘WAR WITH MYSELF,’ a forward thinking exploration into fusing ethereal pop, indie and experimental bass music. The three track EP consists of two previously released singles ‘Poison,’ ‘death of me,’ and a new solo original ‘METANÖIA.’

The newest track ‘METANÖIA’ evokes video game-esque soundscapes littered with vibrant neo-punk elements. As the record begins a quiet and cryptic voice utters “Is that Shöckface, over there?” Shortly thereafter, a bouncy bassline, signature vocal chops, and distorted synths add an aggressive yet catchy rhythm to the mix. From ‘Poison’ to ‘METANÖIA,’ ‘WAR WITH MYSELF’ highlights Shöckface’s unique sound design and song writing. His sound is nearly impossible to pin down with one word or genre label as each record sounds exceptionally distinct from the next. ‘WAR WITH MYSELF’ solidifies Shöckface’s catalogue established in 2017 proving he is no longer a stranger in the world of electronic music. Weaving influences from Shöckface’s past and present ‘WAR WITH MYSELF’ enshrines the potential of the flourishing producers future.

Stream ‘WAR WITH MYSELF’ below or purchase it here.