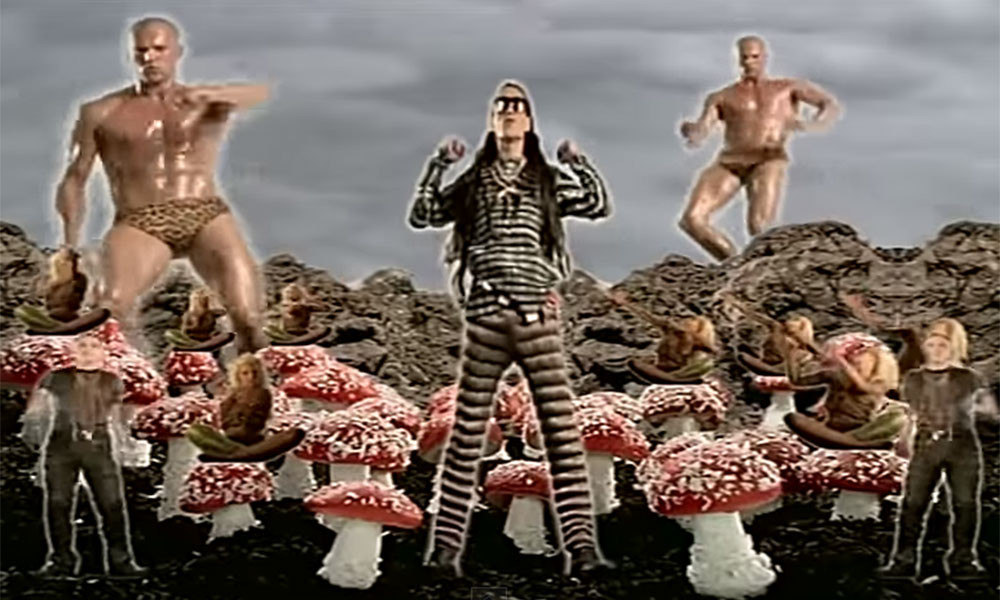 We could all use a good throwback — so let us adore action hero Jason Statham in his “oiled up buff guy” role for The Shamen‘s rave-worthy music video for “Comin’ On.”

Before he took on rugged blockbuster parts for Snatch, Crank, Spy, the Fast & Furious series and so many more, Statham landed this compelling role where he was featured dancing in leopard print briefs. With all psychedelic forces at work in the video, he somehow still manages to steal the show.

This by no means is the first time Statham has been identified in The Shamen’s music video — it’s been a known fact for years (just read the YouTube comments). But now that it has recently resurfaced, we figured why not revisit the classic.

By the way, Statham seems to have an affinity for dance music, as he also appeared in Calvin Harris‘ 2014 music video for “Summer.” Someone needs to cast him again immediately.

Watching this back, the ’90s raver kid in all of us is screaming. Enjoy!

The Shamen – Comin’ On