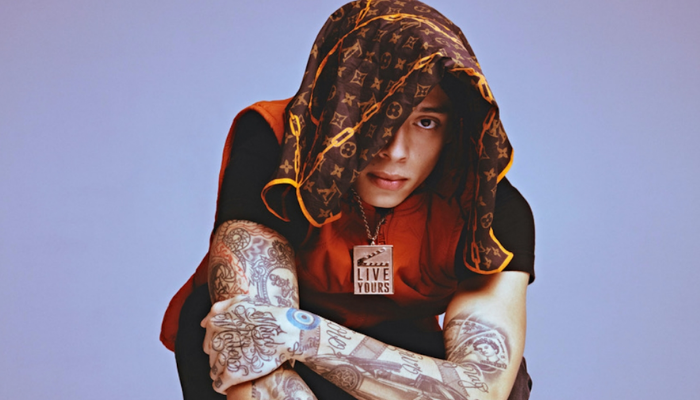 With 2021 starting off in Lockdown for the U.K., new music is on everyone’s minds but is still in short supply. However, one new breakthrough act has emerged in the tough times we’re facing and he has a lot to say. Central Cee, the 22 year old West Londoner, isn’t new to spitting real life bars – having been uploading freestyles since 2015 for the likes of LinkUpTV. However, 2020 laid an opportunity for the rising young rapper to capitalise on his lyricism, during a time where plenty can be spoken about.

Having grown up on his dad’s hip hop records from the age of 8, Central Cee’s vision has always been about setting a new tone with his music and he certainly has done that in the last year. When the pandemic hit in March last year, Central Cee began uploading freestyles in his car to his Instagram, touching on the struggles people were facing, including the U.K.’s National Health Service. Taking his skills in writing relatable lyrics to the new emerging melodic style of U.K. drill was the next step… and it really paid off. Two huge singles dropped in the months following in 2020, both racking up 8 million streams on Spotify alike. Building off his freestyles, new fans and raw talent, Central Cee has been on a spree of dropping hits since the end of last year and now has 2021 right in the palm of his hands. Here’s just a few of the tracks he’s dropped so far which are too hot to handle.

Day In The Life

No girls twerking. No expensive cars. Just Central Cee and his squad living a day in their lives, telling their story. Whether it’s the realness that you feel when watching the video or the catchy, bouncy flow that Central Cee is quickly making his own, this song will resonate with you somehow. This was only the first step for Central Cee into the limelight.

With one of the top comments on the video being “the happiest drill beat I’ve heard so far,” it’s clear that the Central Cee effect is working. Relatable lyrics on more melodic beats is definitely what’s in right now and this track is exactly that and more. A huge bop, with a swing based drill beat? What a combination.

Doing what he does best, this track tells a very honest story of something many can relate to. Central Cee relives what it feels like to love, but still find it difficult, told from the heart in a way that only he knows. That’s what makes Central Cee so likable and what makes these tracks stand out from the crowd. Taking U.K. drill and making it his own.

With ‘Commitment Issues’ dropping this past week as the latest in a long line of big hit singles for Cee, it would be no surprise to see a small EP or project on the horizon. However, right now with hits such as ‘Pinging (6 Figures)’ and ‘Loading’ still circling the radio waves & gaining a lot of attention to his name, we may see a few more bangers drop to solidify Cee first. Fine by us. Let’s see what Central Cee can really do in 2021.