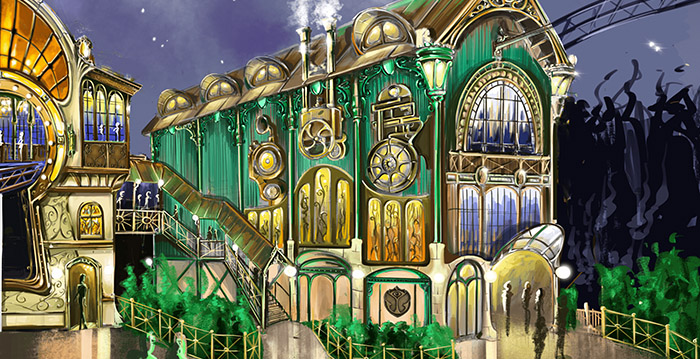 Tomorrowland is bringing thrills to a Belgium theme park known as Plopsaland.

The Ride To Happiness by Tomorrowland is a brand new attraction coming soon, which Plopsa calls the “most spectacular rollercoaster in Europe.” The experience aims to touch every individual with the same kind of Tomorrowland magic experienced at the famous dance music event.

Described as a “35 meter high spinning coaster,” the ride features “five inversions and two launches” and changes the entire skyline of the park. Not only will the ride embrace an elaborate Tomorrowland theme, but also a soundtrack based on the official theme song by renowned composer Hans Zimmer.

The park beams in a recent report: “The extreme spinning coaster will be built entirely within the magic of Tomorrowland.”

Made by German manufacturer Mack Rides, the total investment has reached 17.5 million euros.

Although Plopsaland De Panne is currently closed, the theme park is expected to open later this year along with the Tomorrowland attraction.