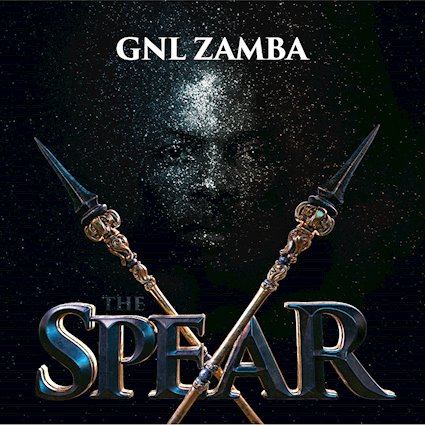 GNL Zamba is extremely well-known in his native Uganda, where he’s credited for building the country’s hip hop and lunga flow scene from the ground up. It’s a quite different style at first blush from American hip hop: passionate, tribal and fused with afropunk, but lunga flow and specifically Zamba’s style have been popular in countries like the UK, being a direct near-predecessor to grime music (read: Tinie Tempah, Akon and Fuse ODG).

There are also a number of common threads with American hip hop in GNL Zamba’s newest album, Spear. First, the beat syncopation: generally more complex than your average US hip hop song, it’s easy to see the connection in terms of tempo, bass heft and overall vibe. Zamba’s vocal and rap style is big, booming and free-form, sounding more like battle spitting than the more structured verses. The aggression, vocal timbre and matter-of-fact lyrics Zamba spits are reminiscent of Chuck D from Public Enemy, whom Zamba credits as an influence. In multiple tracks on the album, one can almost imagine Zamba about to open up with “here come the drums.”

The Spear is much more than just its ties to hip hop and punk. Musically diverse to the point of creating its own genre, the album moves from heavy, PE-like basslines and booming lyrics on album openers like “Africa” and “Black Caesar” to more danceable and melodic tracks like “Energy.” Other tracks are full African music like “Sweet Uganda (Star Taffa),” as Zamba conjures the traditional sounds and vibes of his beloved Uganda and then flows with them in his bold, throaty vocal timbre. It’s almost a physical experience when Zamba raps, and we haven’t even gotten to the content of the lyrics.

With his lyrics, GNL Zamba pulls absolutely no punches, diving straight into his message head first from “Africa.” He speaks about the strength of Africa, the history and the power of its people. He lists off all the continent’s accomplishments, not the least of which is being the origin of human life. Far from boastful, Zamba’s lyrics are empowering and expansive. It’s a call to action for the whole world to “go back to the beginning”, to the origin of life, remember where we come from and move forward again with no hate. He also talks about energy and the universality of the human experience. No small topics here, but listeners will get the feeling that even if he was talking about more superficial things, it would sound just as bold and noble.

With many of the lyrics in his native tongue, one still feels the impact of songs like the album’s title track and “Who Got the Power” and we’re also able to see the ease with which a native African dialect goes with hip hop. It’s almost like it was meant to be in Africa all along. As the album comes to its close with tracks like “Wake the Fuck Up” and “Zamba the Great,” the message gets stronger and stronger. This is done on purpose.

People are waking up up to something. People are longing for more connection, more love, equality and wisdom. Many are realizing now that what you actually need is thriving relationships and community to stay functionally sane. We’re asking: Are we just tools for data mining, or where is this all going? We’re seeking a level of consciousness that improves us as human beings. It’s time to go back to where it all began.

As The Spear closes with “Zim Zim Bombo,” GNL Zamba’s message is clear even without the above quote. He he wants to wake up the planet and unite us so we can finally evolve beyond petty politics and racial divides. It feels like a rally, a Bodycount show and a call to action all at once. Zamba is not playing around, and he’s already put his money where his booming voice is. He just wants to know who will join him.

The Spear is out now on GNL Zamba’s label Baboon Forest Entertainment and can be streamed on multiple platforms here. For more videos, check out GNL Zamba’s YouTube channel.