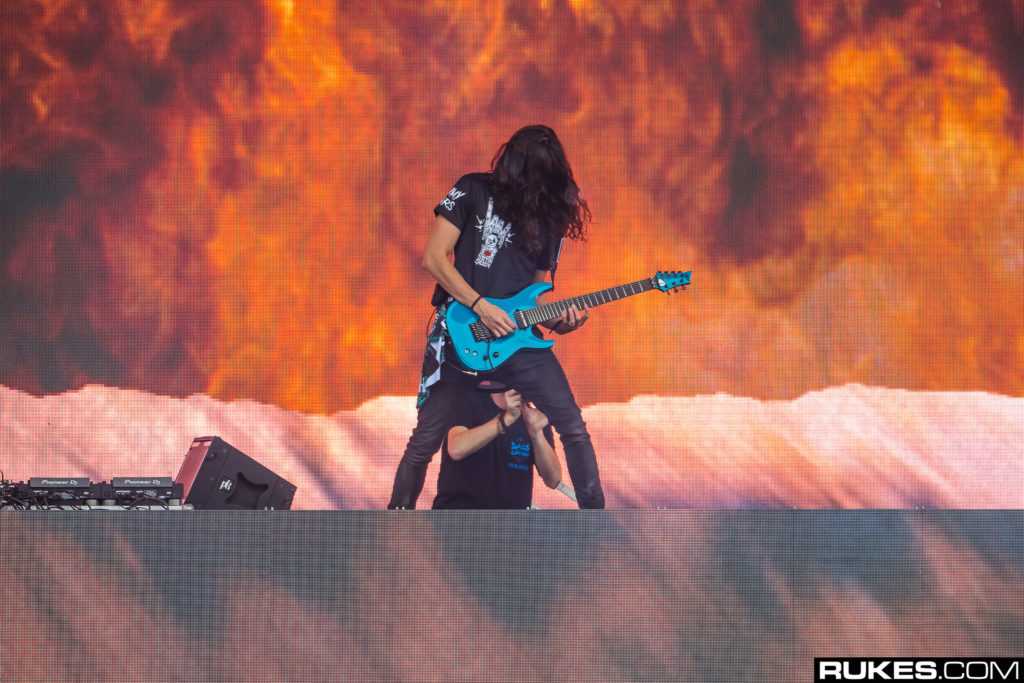 It’s been two years since Sullivan King dropped his debut album, Show Some Teeth, and he’s just been pumping out singles since then. Today marks his first multi-track project since the album release and the 7-track EP is full of absolute intensity that you won’t soon forget.

To The Grave is now out on Subsidia, featuring collaborations with Benda, Excision, and Rated R, along with four solo originals, three of them previously unreleased. We’ve already heard “Tinnitus,” “Unbound,” “Drum Mag,” and “Lifeless.”

The EP begins with a new track, “War,” a carnal assault on your senses. It’s unfettered carnage with chunky bass and Sully’s perfectly complementary screams, and a wonderful way to start and set the tone for the release. It’s followed up by “To The Grave,” the titular track of the EP, a more vocal-focused single that beautifully blends a sort of Bring Me The Horizon-esque sound with electronic samples and effects for one of the more unique tracks he’s ever released.

Of the new tracks on the EP, “Stitches” with Rated R is easily the most hair-raising with its suspenseful build, but it quickly drops into deathly guitar riffs and extreme bass.

Altogether, this is a brilliant new release from Sullivan King and one that would have multiple tracks being played out by other DJs were live shows a thing right now.

Check it all out below, available now via Subsidia!