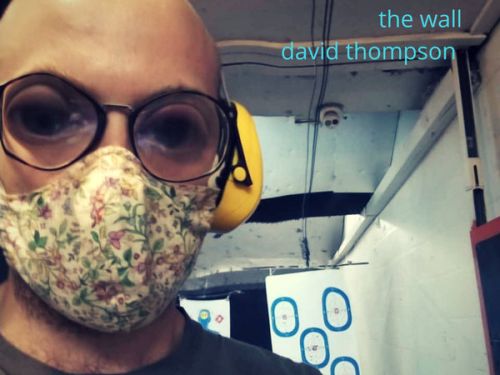 The resurgence of indie synth pop in the late 00s and early 10s was sort of a breath of fresh air in a musical climate that prior to that had been pretty strictly divided between pop, EDM and Indie. Acts like M83, Cut/Copy, Hot Chip. Phantogram and even the Yeah Yeah Yeahs took the new synths and mods that had been developed for EDM and pop and ran with them. Moog was once again installed to its rightful place at the top of the synth Pantheon and it looked like the fusion of indie rock and EDM was going to blast off through the 2010s.

While the afore-mentioned bands are still around and making great stuff, indie synth pop sort of plateaued around 2010 and the scene split again or rather, a lot of the synth and electronic artists started working with pop music and indie rock, while more accepting of synth intervention, went back to analog somewhat. It seems the precedent was set, however, and it was only a matter of time before indie synth was back up and running. This year seems to be that time, and it makes sense when you think about it; pretty tough to get an entire orchestra into your shelter in place, whereas synths are portable and easily disinfectible.

Philadelphia artist David Thompson’s career has followed the trajectory of indie synth in terms of a timeline, although not necessarily the purpose. An installment on the Philly indie scene between 2012 and 2014 with his band Big Tusk, Thompson put away his synths to take up the human rights causes he’s passionate about in a more meaningful way. He founded the Philly Tenants Union and Philly Workers for Dignity in that time, working to help improve living and working conditions around his home city. He began releasing work again in 2017 with another local band and just recently went solo. His new EP The Wall is his second solo release.

Both Thompson’s human rights work and this EP were started before COVID hit, but now they have even more significance and are downright prophetic. Both tenants and workers need help more than ever with all the shutdown and housing crises, and similarly The Wall strikes a whole new tone with recent events. With its title track presumably about Trump’s failed xenophobic wall project and all the things it represents in the sociopolitical climate of the last four years, Thompson pulls no punches lyrically in this EP. It’s not subtle and it’s not meant to be. “Time” discusses the prison that is work-a-day life for many people while “This Goon Cant” “Clair” and “Obsession” are more personal but still hint at time lost because of the current times.

So with all those stark lyrics and messages, where’s the synth pop? Why, it’s right along with said lyrics. Channeling his inner Duran Duran, Kraftwerk and Cut/Copy, Thompson mushes the lyrics together with upbeat, complex and sometimes slightly eerie synth work. “Time” has a nostalgic “Girls on Film”-style beat but also channels Thompson’s other major musical influence, classical hymns. In fact, Thompson says most of the tracks on The Wall have classical influence to them but in “Time” it’s definitely front and center. As an avid choir participant, the church organ-like keys are a fun secondary melody in “Time” and they add a sort of goth Joy Division-like undertone.

Next up on the EP is the title track which arguably has the biggest contrast between lyrics and music. Almost unbearably cheerful the synths in “The Wall” screech away as the chorus literally talks about the “dirty work” of the wall. It’s likely meant to seem fake, strained and a bit fearful, just like the climate in the US ever since that wall was threatened. “The Goon Cant” was co-written by Michael Muller and has probably the most pensive musical work on The Wall. It’s lyrically the most introspective as well so it makes sense. Presumably about his own personal failings, there seems to also be a ting of politics there as well, as the lyrics conjure up thoughts about the dangers of demagoguery and the confusing legacy the Baby Boomers left for the younger generations.

Bringing up the rear on The Wall are two more personal tracks. “Clair” is a surprising 70s rock-style bop that conjures up Elvis Costello in general tone or even The Mamas and The Papas when it comes to synths. This track shows even more of Thompson’s compositional range, as he had TV Pole Shine‘s Howe Pearson on guitar and clearly designed the track around said extraordinary guitar work. Finally “Obsession” bounces right back to ultra-synth as it bops around some pretty dark lyrics about internet “stalking” and living in the past. The contrast is back and the music is meant to be futuristic as a commentary on the current state of human connection.

One almost feels guilty for dancing along to the infectiously poppy tracks on The Wall, but it’s quite clearly meant to be a danceable guilt trip. Or, if you’re a more glass half full type, perhaps it’s meant to remind us to dance and enjoy music, art and love even with everything that’s going on in the world and in our own hearts. We can still connect to ourselves, after all, and synth pop is a great way to get there. In the meantime, acts like David Thompson are contributing to indie synth pop 3.0 with clean, technically sound work and no matter what the point, we’re definitely here for it.

The Wall is out now and can be purchased on Bandcamp or streamed on Spotify.