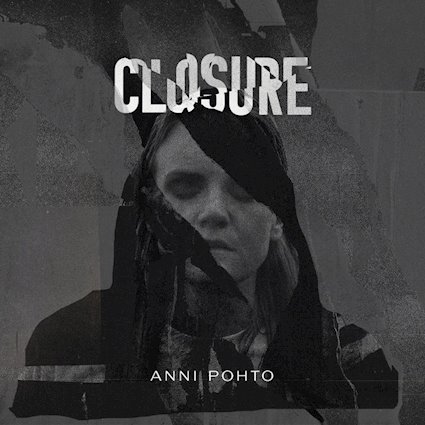 Swedish singer and songwriter Anni Pohto is hardly a new artist in the strict sense of the word, but she’s new to Your EDm and we’re glad to have found her. Having already released two EPs and a number of singles since 2014. Her style normally walking the line between pop, ambient indie electronica and indie rock, her new album seems as though it will hold a few surprises. The forthcoming The Rising, due out this summer seems from the first two singles “Deep” and “Closure” offer a stripped down version of her usual EDM-infused style.

It’s not to say that the whole album will be stripped down or completely bereft of beats, but the first two examples do see Pohto focusing on melodics vocals and, of course, her wonderful storytelling ability. “Deep” released November of 2020 and sees the electronic elements that are normally prevalent in her music very stripped down, indeed, but they’re still there. As her silky voice and the analog piano wind around each other, a minimal hip hop-style beat pushes the song forward as the lyrics tell an all-too-familiar tale about the dangers of allowing hate and anger to push us forward and the desire, if not yet the ability, to release it all.

The video for “Deep” is simple but stark, following a bare-faced Pohto as she wrestles with her dark and light spots, represented as actual black and white clothing. The struggle between flow and power, yin and yang plays out on the screen as the song tells the story of that struggle we all know too well.

“Closure” released shortly after “Deep” in December and it has even more surprises. Containing a beautiful accompaniment from Pohto’s flawless piano playing and the kantele, a stringed instrument that is the national instrument of Finland, the singer stretches her vocal range as if she’s stretching to reach the closure she seeks. Along with the ambient sound design and barely audible synths, the effect of this song is truly goosebump-inducing.

A lyric video for “Closure” was posted this week on that’s set up like a text conversation between what seem to be two ex lovers. The lyrics are written out as pending messages as the two have a much more cordial conversation. It’s and incredibly creative way to do a lyric video and the way the texts are run make it just as interesting as a flashier video. The struggle Pohto is going through between wanting to say her true feelings and the instinct not to ruffle feathers is played out in black and white, in all its awkward and painful glory. It’s just as visceral and relatable as any big-budget artsy video.

So, suffice it to say, whether you love Anni Potho’s earlier stuff with more electronica baked in or not, this album’s going to be a good one. If the raw creativity of these two tracks is anything to go by, Pohto will more than satisfy her current fans and likely gain many new ones along the way.

“Deep” and “Closure” can be streamed along with the rest of Pohto’s discography on Spotify. For more videos, check out her YouTube channel.