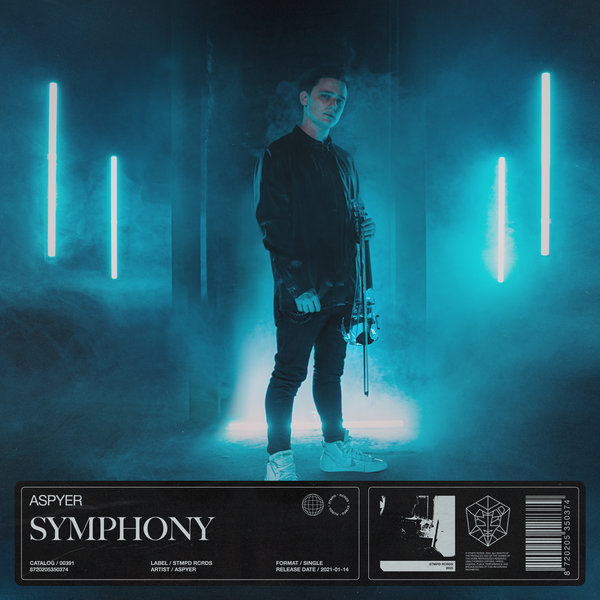 https://www.youtube.com/watch?v=2QpzRPylbJ8Don’t you hate it when people say that DJs aren’t real musicians, they’re just pressing a button? While I feel that notion has been pretty debunked over the years, it’s always nice to see producers show off their actual, musical talent. Enter Russian producer ASPYER; he’s had some previous releases on Musical Freedom, and he’s teamed up with Afrojack and Cheat Codes in the past as well. His latest single, “Symphony” is a game-changer, though. If you weren’t listening to ASPYER yet, you will be.

Martin Garrix debuted “Symphony” during his Tomorrowland New Year’s Eve Set, now the song is out and fans know who’s behind the track. “Symphony” lives up to its name as it blends ASPYER’s live violin playing with some banging festival production and an uptempo beat. ASPYER shared in a social media post that it’s always been his dream to combine classical music with EDM. Mission accomplished, we can’t wait to hear this one live once shows return.

I’m happy to announce that today was my first release this year, this is a really special work for me, I’ve been playing the violin since I was a kid, and for a very long time I wanted to realize the idea of ​​combining classical violin with EDM. My old dream has come true! 🙌 pic.twitter.com/FVq4bibO5P

Check out ASPYER’s latest single “Symphony” out now on STMPD. Check out some of ASPYER’s other tunes in his 1001 Tracklists Exclusive Mix too.